The month of October strikes again, and it is known for one of the world's biggest drinking festival, Oktoberfest! Carlsberg started early this time by having its media launch on the 26th September at La Bodega, Pavilion. Carlsberg brings in the celebration with Carlsberg itself, and also 3 imported Bavarian beer brands, Erdinger, Franziskaner  & Lowenbrau.

It was nice as when I arrived, I was given an Oktoberfest Mug! *some things i like to collect over time* and I was greeted by some cute and pretty Oktoberfest Dirndl girls *to die for* =D These girls were dressed in traditional bavarian outfits to perform the witty "chicken dance" with us

You can see how much fun these mugs are:

Drink up people! its Oktoberfest!

The Directors of Carlsberg came up to officiate the event, by tapping the 1st keg and bringing up a toast with all Oktoberfest Fans!

Carlsberg stepped this up by bringing in the Oktoberfest Oom-Pa-Pah band and also a 12-foot long alpine horn from Germany which is the first-of-its-kind in Malaysia which successfully made it into the Malaysian Book of Records as the 'Longest Carlsberg Malaysia Oktoberfest Longhorn'. 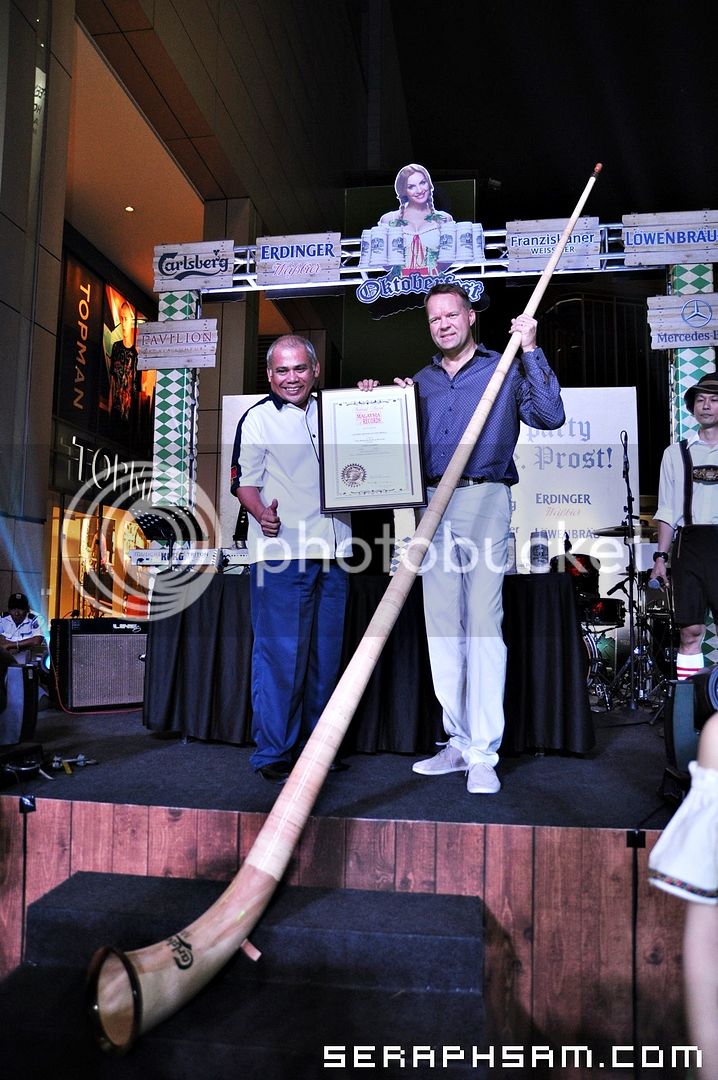 Getting into the Malaysian Book Of Records

And yes the main singer dressed up to become one of the dirndl girls! 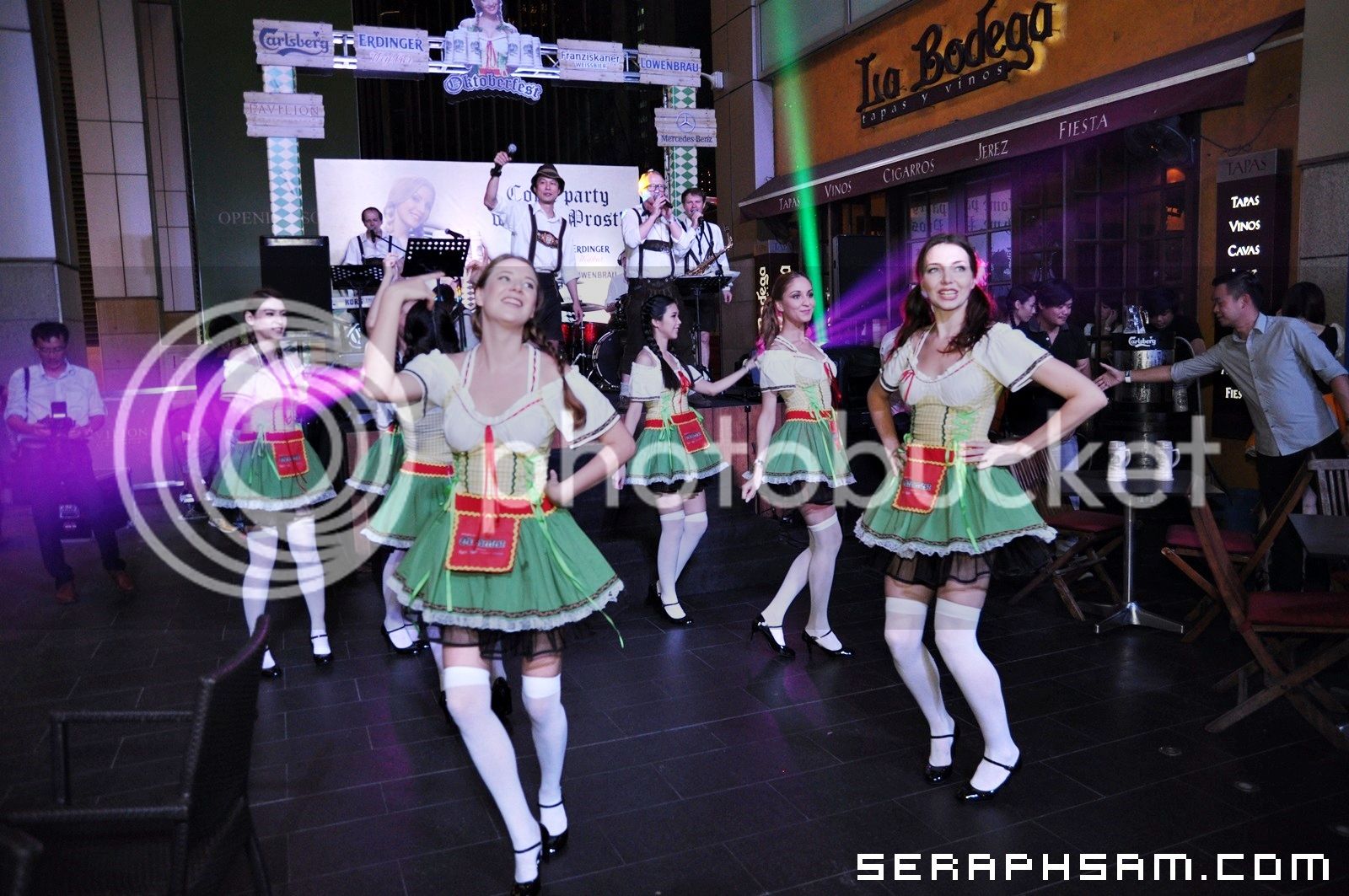 
The night went on with plenty of pints, and also great food provided by La Bodega.

Part of the Flash Mob Crew

It was a great start for Oktoberfest! now who wants to go get another drink with me?