on February 27, 2013
Yeah it'll be a surprise to some of you, I'm a Taylorian, why on earth would I go to an Inti event? Well I guess I was just bored that day and wanted to see if the New Inti would offer me anything in the future. Maybe doing my masters in the future perhaps? =)

The Inti Edge Festival was a 3 day event, to launch its new University building. So there were activities of all sorts taking place over there.

As for me, I just headed to the Youtube Celebrity Gathering where the likes of Dan Khoo, Jinny Boy, Dmingthing, Grim Films were there to showcase some of their work, meet the fans, etc

Honestly to me, its just another gathering with a few laughs, and uni kids getting excited. But well i did enjoy the performances by Ryan Lucas & Jenn Chia before they started with the "forum" like session

We headed off for a campus tour with Inti's President, Dr Dominic Szambowski. It is an impressive campus now with new added auditoriums, computer labs and classrooms. But somehow i find it lacked in terms of designs and ambience. most of the computer labs were painted really white which made me feel like i was in the "Umbrella Corporation Scene in Resident Evil" All in all, It is impressive and an improvement to Inti University

Here is just a rough video on how its like:

The highlight of the night was the Open DJ session with Joey G & Patricia K. Utilizing the open campus area in the middle of the new buildings, it was transformed to a concert area with a stage and barricades. Security was rather strict as we didn't want any mishaps happening

But since it was a university event, There was no Alcohol =( BOOOOOOOOO how can you party rock without alcohol or something to pump you up higher? 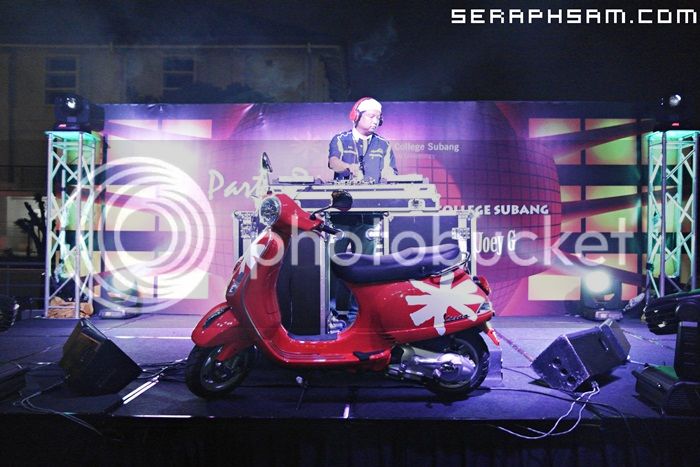 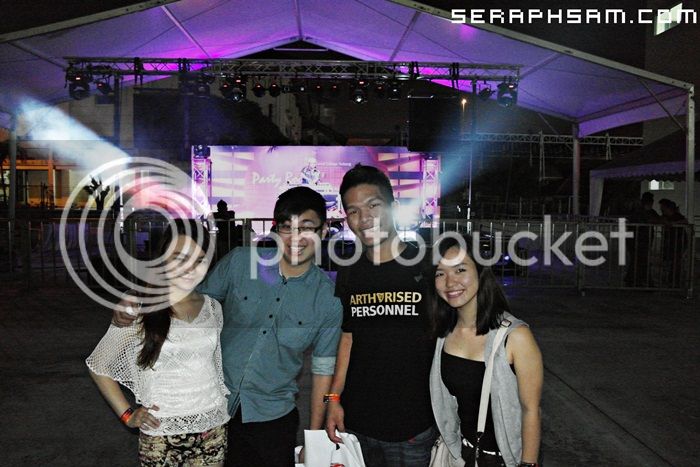 Another picture of Senri & I

Honestly things got a lil boring at their "Party Rocking" centre as the DJ's music wasn't pumping up the people and Joey G & Patricia K were only coming out late. There was also not much of a crowd, so we decided to leave early from Inti

Honestly, its great Inti is having a much better campus now and after all the hard work that the Inti Team has done to create it, Their students will be able to enjoy better facilities in campus itself, but somehow as for the Inti Edge Festival, i felt the execution of its launching wasn't that great, It could have been better =) Well that's my honest opinions =)