The process started by submitting your designs online at the Celcom Cupcake Facebook Page where 55 finalist were shortlisted based on the amount of "Likes" they have. Over the period of 30th august to the 23rd of September, more than 700 entries came in, and Celcom chose the 55 finalist to compete at Publika, Solaris Dutamas.

The event started off at about 4pm where the Cupcake Finalist came to show off their skills. Their designs were judge based on their creativity, uniqueness, best decoration and a match to their submitted photos.

If you're wondering what everyone was competing for?

If you think thats crazy, Wait till you hear this!

As for the 97 top "likes" on the facebook app, Each of them received an LG PRADA from Celcom! Crazy much??

If I were you, I would check out Celcom's page more often for this kinda things!


The participants were given 45 minutes to decorate their cupcakes, and here's how it went:

Participants filling up the area

some of the participants:

Other than that, There were free cupcakes given out to everyone! 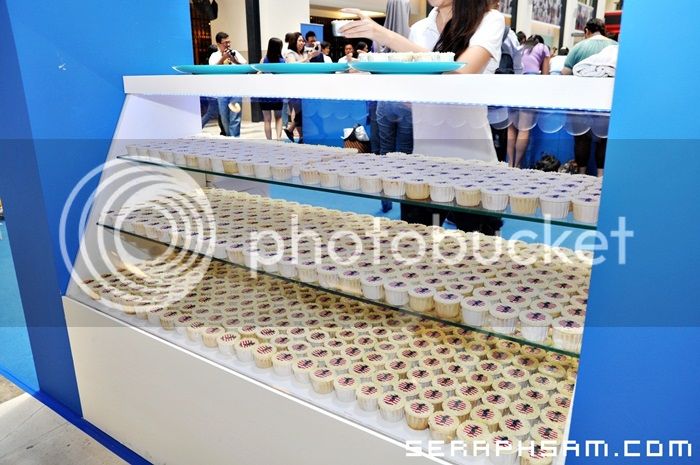 Look at the amount of em!


and here are some of the finished products from the participants:

And soon after that, there were some performances by:

and as it came to an end, The winners were finally announced with their winning designs

At 1st place, its Chef Vincent Liew with his cupcake design:

At 2nd place, its Juneci Siong with her cupcake design:

and at 3rd place, its Mac leong with his cupcake design:

and last but not least, the group picture of all the contestants with their brand new LG Prada and the winners of the event!

Now, I bet you're like...Dang that should be me! stay tuned to Celcom's page and check out its latest contest and upcomings! you maybe the next cupcake master or somewhat similar!

Karmun said…
OMG I've never seen such intricately designed cupcakes in my life! I wouldn't even wanna eat it, too pretty! LOL
October 1, 2012 at 12:01 PM

Samuel C said…
HAHa i know right? its so pretty to be eaten! but really they are really good artist in terms of cupcakes =D
October 2, 2012 at 5:28 PM