December is already here and its the season of cheer! Christmas is on the way and surprises are to stay! As everyone is having a holiday spirit, Guinness has much planned for us!
Its the time to shout HAVE A MERRY GUINNESS to one another and indulge in awesome recipes using Guinness and also enjoying the deep rich flavours of Guinness
The Merry Guinness launch happened at Double Tree Hilton, Kuala Lumpur where VIP, Media partners, and guest were able to indulge in whats in store for us this Christmas.
Courtesy of Guinness, I got an invite for two where I could try out the cuisines prepared for us by Master chef Australia Season 2 winner, Chef Adam Liaw
I invited Sydney to go with me and we were in for a treat! plenty of food with the company of great people!
Lets head to the pictures: 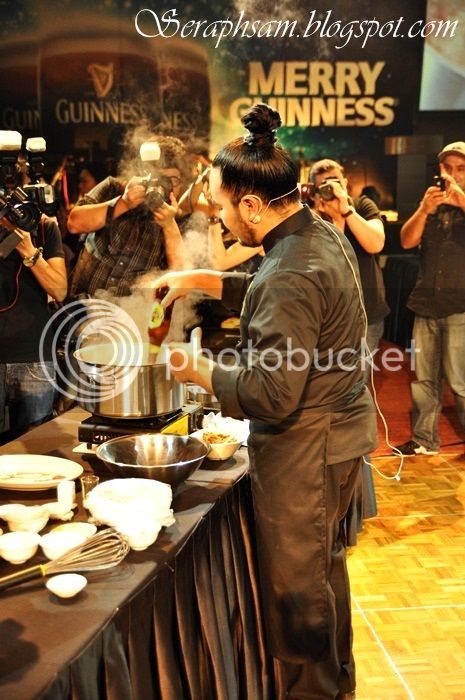 Lamb shanks in a Guinness Stew

Officiating the event!
Now lets head to the awesome food that was lined up for us!

Delicious bread to go with the soup 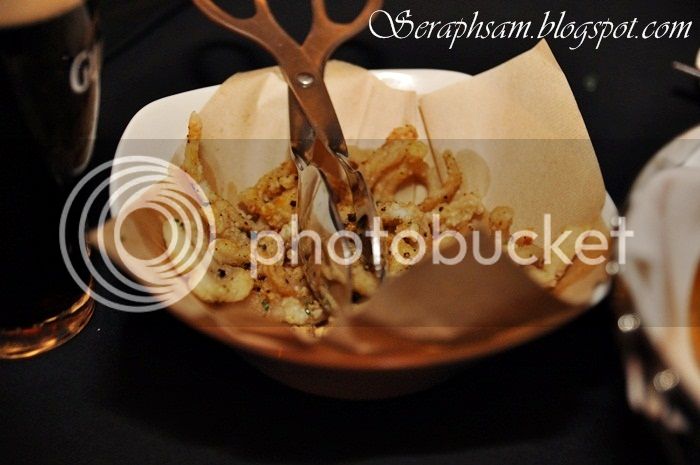 Blackforest pudding with cream cheese frosting
The night wasn't over as There were more alcoholic drinks to be served! Up came a bartender which created 2 lovely cocktails consisting of Guinness.

The bartender preparing the drinks

The final outcomes of the night
as the night went on, We were serenaded by an acapella group which sang Christmas songs throughout the night

The group singing carols
as the night came to and end, I couldn't do anything much more than getting a photo with the Chef who created this awesome feast for us

Masterchef Adam Liaw and I
Once again, It was an awesome night and Thanks Guinness Malaysia for inviting me for a dine of a lifetime :)
double tree hilton guinness merry guinness