on April 08, 2011
Once again, Wai Chun is celebrating his birthday and it is grand as usual!=Remember last year? IT was a killer knock out party at The Opera. You can check it out Here. Everyone got drunk last year and this year is no different LOL
As for this year, Wai Chun chose to slow down the pace and it was held at 32 Bistro, Sunway Pyramid. With a good variety of food & a free flow of beer, everyone was happy till the end! The crowd started pouring in about 8pm where dinner was served buffet style. The People that made it all happen were such as the Seventeen peeps, Team Fridays, SJ & SU Peeps, Wai Chun's Car Group & Family members
This time, we could talk and chill the night of rather than just drink till we got drunk last year. It was a night to remember and Wai Chun got his dream of remembering his 21st Birthday
lets head to the pictures:

The Birthday Boy and I

SJ, SU and other peeps 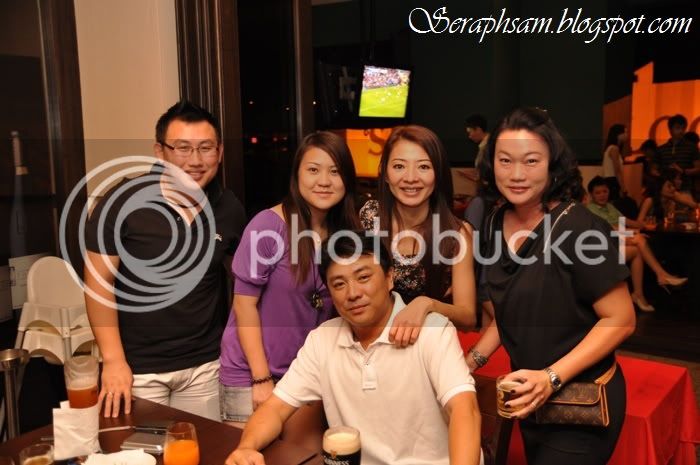 Wai Chun's Mom, hairstylist and others that made it happen!

The Pimp in Action

Blowing off the candles

Cake Faced
and last but not least,

The last group picture with the Seventeen Peeps
Once again, Happy birthday Wai Chun, Hope you had a blast and Next year it'll be better! =)
32 bistro birthday Sunway Wai Chun