If you're wondering whats "Welcome" stated there, It is actually a French movie screening at GSC Cinema. This screening was held for BDH 33 of Taylors University for one of our French Assignments.
The movie is about a 17 year old boy named Bilal from Iraq and his journey to London just to see the girl he loves. Being a illegal immigrant, He got stuck at Calais and the only thing between him and the girl is the 32km English Channel. He learns to swim from Simon (a swimming coach), and attempts to go across the Channel.
Basically it is a nice movie, but the plot was pretty slow moving. So hrm... I didn't enjoy it that much. But well, that is just for the assignment :) I'll rate it 6/10
So i'll just get to some pictures of us during the movie: 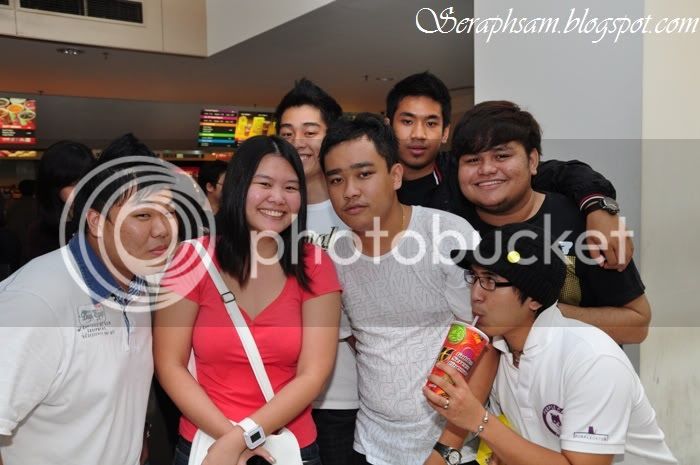 The boys with Ms Natalie

The group picture
Well if you would want to watch it, I would say its alright and if you can't take slow movies, then yeah you'll sleep in it :)
classmates french welcome