on October 20, 2010
As i posted a week back on the Octoberian's Party sneak peak, Now i finally have the time to put all the pics together and do a post on it. on the 9/10/10. It was the celebration of 3 bloggers which is none other than Jeremy Choy , Jason Chan and Mike Yip. It was celebrated at Gaja, Bangsar where the whole restaurant was booked for this party.
It started around 8 + where a buffet line of food was served for us, Monopoli sessions were going on and also the camwhoring of the camwhorers were going on all around the restaurant.
I shall start with the pics:

Half a card was given to each one of the people present at the party. The cards were to be used for the Lucky Draw where awesome prizes were given out to the winners :) I've got an awesome tie from it! =D
and as the party went on, It was mainly drinking and camwhoring session amongst the people!
A whole line up of pictures:

Another scandalous Picture!
after all the drinks, Jeremy got a little crazy dancing around while we encouraged him to drink more!
Epic!

Down boy down!
and at the end of the night: 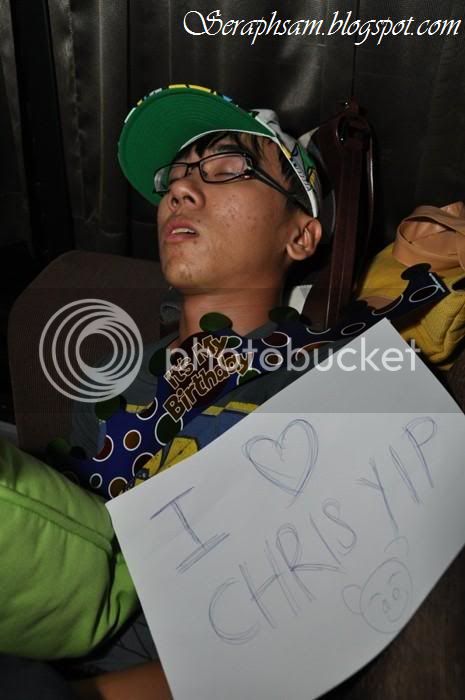