Hennessy Artistry in Malaysia has been going on for quite a while and now it has came to the 5th installment of Hennessy Artistry this year and it was held at Mist Club Bangsar. As for this time, There were only a few artist present and they were non other than Ze which is a Malaysian Electro-pop singer which made it big in the international stage, DJ Inquisitive which is a Singaporean World Class Turntablist and Battle DJ and last but not least, DJ Nesh which is the Resident DJ of Euphoria, Ministry of Sound
And of course with every Hennessy Artistry, There'll be the Hennessy Mixing Zones such as the Hennessy Mix Master where you can try on the turntables and create your own funky tunes, Hennessy Mixing Bar where you can try to mix your favourite Hennessy drinks, and the Hennessy Digital Light Art Effectswhere you create your own digital light effects with Henessy. And the best is, There'll be Winners selected and will be awarded Hennessy Bottles

Hennessy Artistry Babes
I headed over to Mist Club early and i brought Michelle Siew as my guest this time. We were greeted by the hosts at the registration booths, Got our VIP wristbands, checked out the booths and of course, take a photo with the Hennessy Artistry Banner

Bloggers
The Crowd started to pour in about 9.30pm and the whole club was filled to the brim with different people to enjoy an awesome party. Plenty were trying out the mixing zones and of course getting their photos taken like celebrities at the Hennessy Artistry Banner

Team Fridays at the banner

The Crowd
And as for the start, It was the opening act which was none other than ZE to fill the club with her Electro Pop songs. And with Ze, were the group of dancers, Soulkrazybwhich were the
Top 7 from 8TV Battlegrounds to accompany her with her songs.

Cynthia of Soulkrazy
And after ZE was done performing, came up to the stage was DJ Inquisitive which also spinned music which was electro pop-ish, and slowed it a little down. But still it got the club going wild and getting the dance floor pumping

DJ Inquisitive on the decks
And as for the rest of the night, DJ Nesh took over the decks, spinning the club songs into motion, and there was plenty of mingling around with the crowd. As for the rest of the pics, Its mainly on the crowd, and if i didn't manage to put your picture in this post, I apologize and I'll post it up on Facebook soon:)
So let the photos begin: 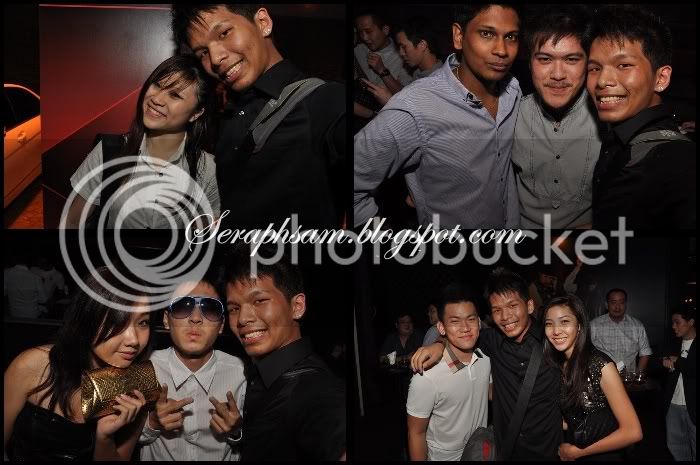 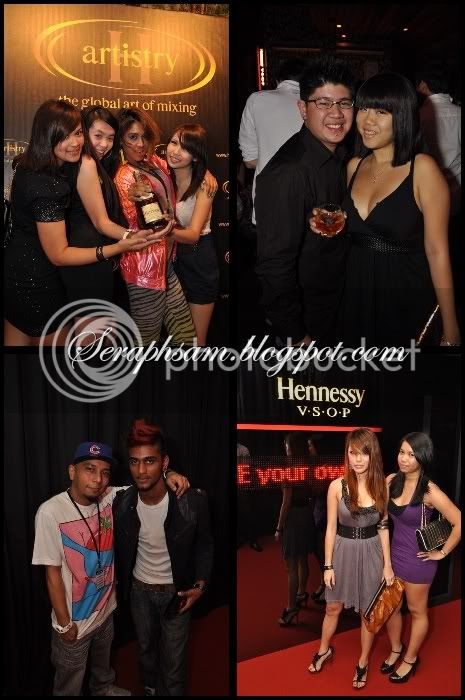 So thats the end for this post, Can't wait for the final Hennessy Artistry!
2010 Hennessys Hennessys Artistry mist club