on July 20, 2010
Being a Blup-blup member, I was able to attend the soft launching of MSD located at No.38 Jalan PJS 11/7, Bandar Sunway. MSD stands for Motorsport Division which focuses on pimping up your rides! The modifications they're able to do are starting from core which is the engine to the looks of car such as the rims, body kit, seats, emblems, suspensions and so on.
So 50 Blup-blup members attended the event where there was light refreshments & of course a few awesome cars for the photoshoot. This post will be mainly on the body kits, the bloggers and the stuff at MSD. The 2nd post will be more about the cars :)
So i shall start with the pics of what MSD is all about:

The Porshe GT3 at the entrance of MSD *swoons*

The interior of the Porshe GT3 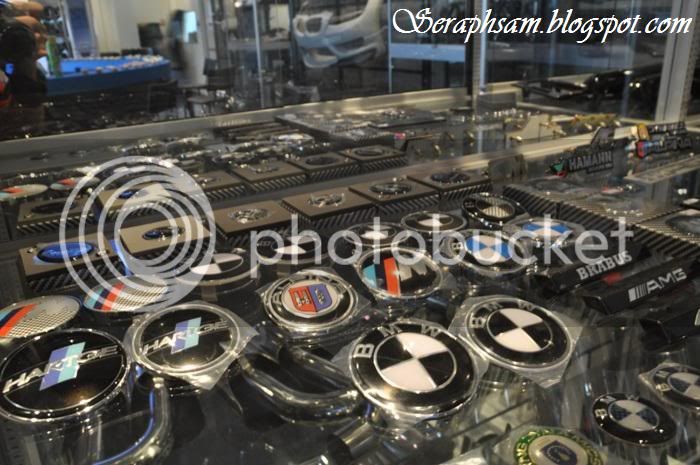 Emblems
So you roughly have an idea of what MSD is all about. So now to just see a few of the bloggers which i met that day :)

Justin, Xiang and Myself

Stephanie and I
So this will be a preview of some of the cars at the workshop behind which will be mod up to become awesome cars in the future:)

Kompressor V8!
The next post will come up in a few days:) stay tuned to find out what awesome cars were there!
bloggers Blupblup MSD Sunway

Samuel C said…
Lee Sze: hehe yeah i will:) and thx for the info also :) i didn't really have a good look on the car so i thought it was a 5 series from the front LOL :)

Lee Sze: haha yeah i know..but i didn't really pay much attention to it as i was more interested in the other cars LOL