on May 01, 2010
Everyone was going crazy over Kelly Clarksons Concert on the 25th of April. From radio adds to so many other means, it was publisized all over and nearly everyone was so excited to see the 1st American Idol singing in Malaysia.

As for me, I ain't a real big fan but i was able to get a job with Maxis over there. Since Hotlink/Maxis is the official telco provider for Kelly Clarksons Concert, Victoria was able to get a few spaces for Me, Charlie, Joshua, Celestine, Chung & Mervyn to work there as Database Entry peeps.

The day started up with a heavy lunch at Boston Cafe and we headed over to Bukit Jalil about 3pm. We reached only to find out that LUNCH IS PROVIDED over there WTH! So anyways Our job scope was only rolling up posters and typing down the telephone numbers that were given to us.

But the telephone numbers that came in were so little, that even 1-2 people could take care of the database entry easily. So in the end, we were paid for just chatting, playing games on the pc and typing a few numbers into the database. Easy work even a lame man could do it haha =)

So lets go to the pictures: 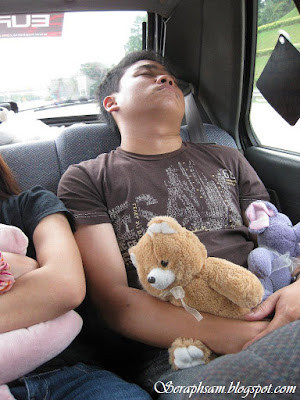 Charlie Sleeping Cutely on the way there 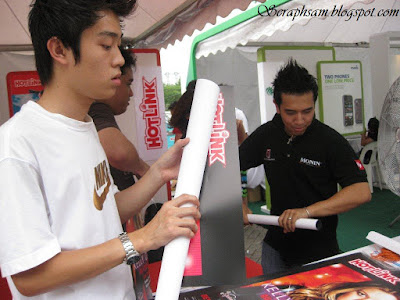 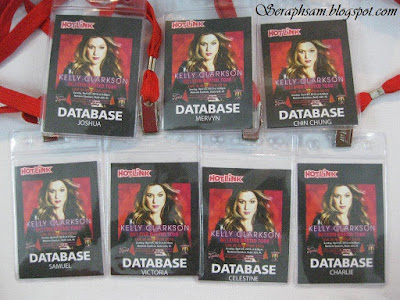 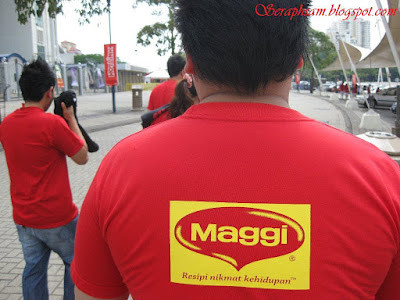 Chung got his "special" t shirt that was provided
Everyone wore normal red tee's but he became the
Tauke Maggi Perisa Babi! 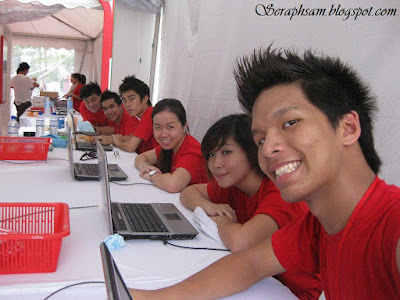 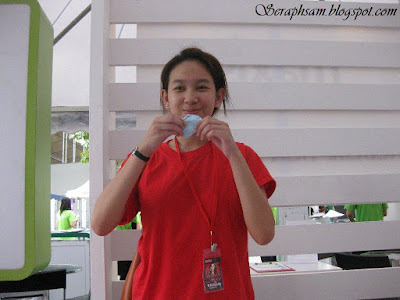 Wei Wei was having the same job as us 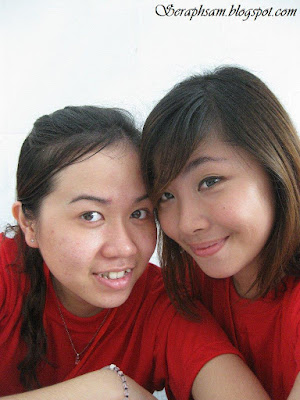 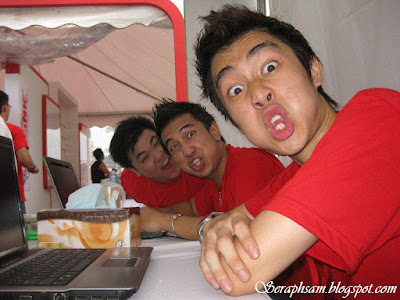 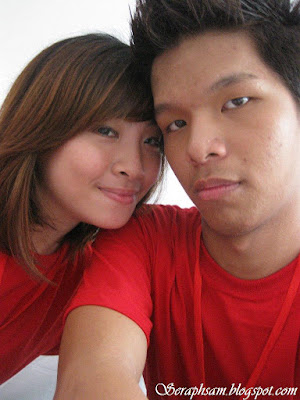 So as time passed by, We were practically playing for 5 hours during our working time. From Solitare to Hearts to Pinball to Drawing up Charlie's face on paint. Well but it was worth the money that they were paying us =) 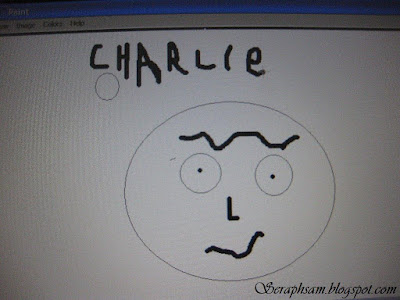 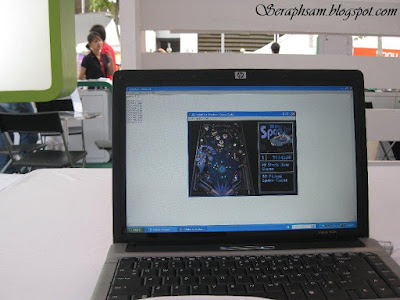 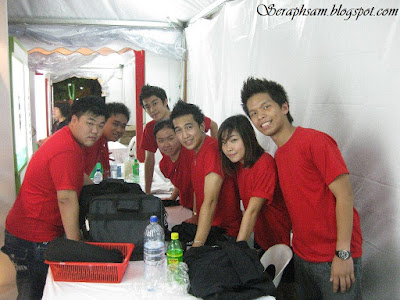 As the concert came to an end, we just packed up, and got ready to go home.

The best part is: Maxis was so Stingy that they took back the nametags and t shirts from us WTF? after all the sweat that we put into the shirts, they took it back. Imagine the other promoters who are wearing the football jerseys and socks. Returning it in Smelly conditions? WTF wei Maxis

Thats all for this post. Will update soon =D