Who will win the world cup?

on May 17, 2010
The craze is back again and its the FIFA World Cup happening in South Africa! It will be held from the 11th of June to the 11th of July. Since the world cup is coming up around the corner, There are plenty of people thinking of which team they will support and also becoming the teams loyal fans in watching all their matches. I can just imagine the crowded mamaks and also of course Asia Cafe where everyone will be just glued to the widescreen TV watching the matches live from South Africa.
As for me, I'm not really a football crazy person, But i have a feeling that Germany will take the title home this time. Eventhough Germany didn't win the World cup back in 2006, They did manage to win 3rd place in the World Cup and also they were able to take back numerous titles such as the Adidas Golden Shoe which was achieved by Miroslav Klose and also Best Young Player Award which is taken by Lukas Podolski.
I could still remember the time back in 2006 where my friend was shouting out GERMANY GERMANY GERMANY and so i got addicted to the matches where Germany was playing. Well, there is a saying What breaks you makes you stronger! so since they didn't win in the past world cup, IT WILL MAKE EM STRONGER for this world cup!
I have a feeling that this time, Germany will be able to get to the finals and more than that, win the world cup! 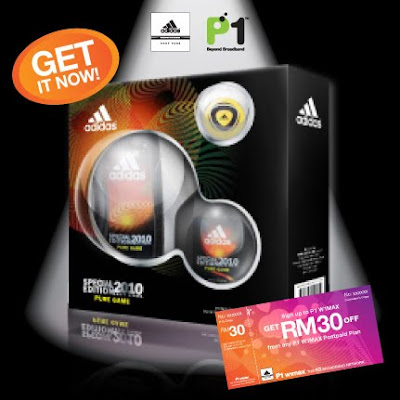 Adidas is also selling out its limited edition promo pack which comes in different packages. You can check em out on where you can purchase it and what is inside each different package
here: http://projectalpha.com.my/promo/ I've been using Adidas products for quite a while already and i think that it works great. So i guess you can have a try at it also :)
In the mean time you can also watch the latest episodes of Project Alpha down here:
Project Alpha is presented by Adidas Action 3 and supported by P1 and MAS.
Project Alpha World Cup

homes for sale costa rica said…
Hi guys, I really enjoyed this information about "Who will win the world cup?" , is very interesting, I would like get more updates about this
May 22, 2010 at 3:10 AM