on March 22, 2010
As most of you are aware of, Paramore has visited Singapore on the 7th of March and organized a concert at the Singapore Indoor Stadium. Thanks To Mum, Dad and my hosts at Singapore, Josh & Ying Zi, I was able to go for the concert with my sister and have one of the most awesome time in my life.
So anyways heading back to the concert, My sis and I headed over to the Singapore Indoor Stadium at 7pm as we supposed to collect our tickets an hour earlier before the concert starts. One this i totally love about Singapore is, There are actually lines for you to queue up and there aren't those Cutting Queue and Pushy Pushy Malaysians kinda tradition and it was so well organized. The last i remembered on the Nokia X6 Launch Party in Malaysia was total havoc and we could actually see battle scars from that event.
So anyways I shall start up with the pictures at Singapore =) 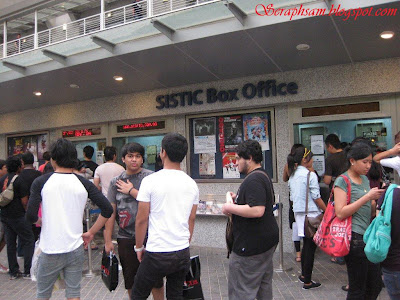 The box office to collect the tickets 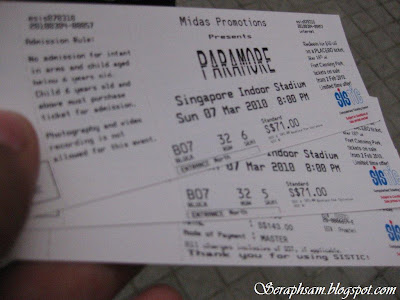 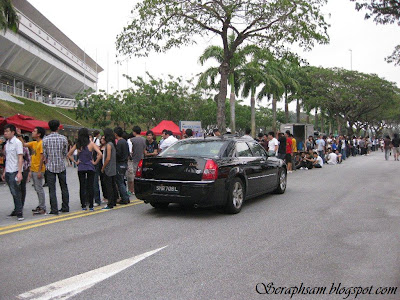 The amazing long line for the standing area 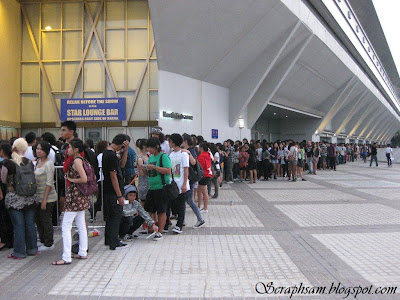 The line for the seating area 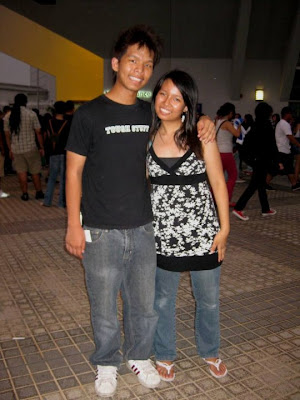 My sister and I 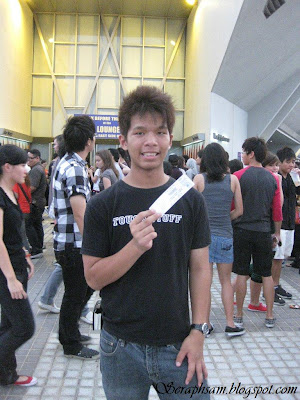 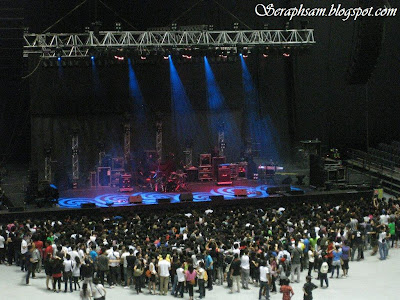 The crowd at 6.30
So anyways the concert started on time which is at 8pm. There was no such thing as Malaysian Timing and thats 1 part i loved about it. It started with an opening band which is a local Singaporean Band named Monochrome.
I can say that its a rather good band and 1 of their songs really touched my heart as the title of the song says it all which is "Forgive Me". Yes it is a Christian Band and it performed at an International Concert. Anyways you can check em out HERE and listen to their songs =) 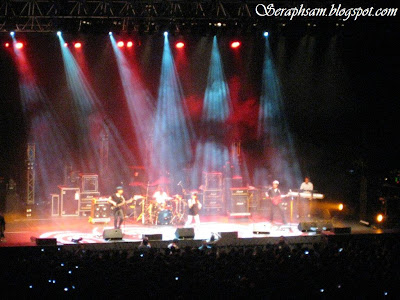 Monochrome
So after about 20-30 minutes of the opening band, Monochrome, They left the stage and service & technical crew came to fix up the whole stage for the main appearance which is PARAMORE! They took about 10-15 minutes just to set everything up. Thats how detailed they take everything. And Paramore Came in and shook the whole stadium with their awesome music and Hayley Williams fantastic voice!
So here are a few pictures and videos on Paramore that night: 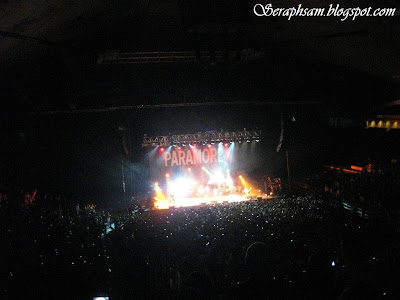 Look at the crowd! its a full house! 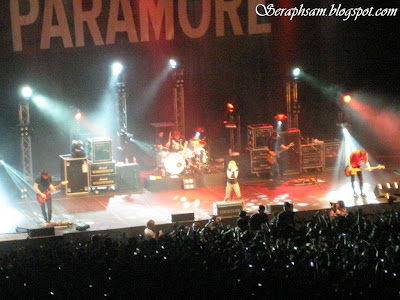 Paramore On Stage
The Concert Started up with Ignorance
Thats What you get
Slowed it down a lil with The Only Exception
It was an amazing concert and i would so totally go again if i had the chance =)It is worth what you pay for that i can guarantee!
Till the next post =)
concert event paramore singapore trip

Samuel C said…
nikel: yeah it was an awesome concert!