on February 01, 2010
After a week of our fishing trip
An unfortunate event happened
as our whole usual gang took a 3 car convoy
for a yum char session at Taipan
as we were passing by the SMK USJ 12
an 70 year old Uncle just came in from the left
and hit Joshua's car pretty badly
and a Malay dude rammed josh from the back when Josh hit the brakes
but surprisingly Josh's car had no damage at the back
and it ended up in a 3 car accident which involved
Old Chinese uncle - Proton Saga
Joshua - Mazda Astina
Malay dude - Viva
and the best part of this accident is
The Old grumpy uncle KIASU like crazy
said Joshua came in from the right and banged his car
and complained non stop that the fault was Josh's
and even in the police station
He kept on telling the police officer that it wasn't his fault
when the damage clearly shows it was his fault
The best part which he said to the officer:
"Wah..dia keluar macam gangster nak pukul saya"
walao damn kns lo this uncle =.=
but in the end after 2 hours of talking
the officer fined that uncle and he had to pay for all the damage
so anyways..
Picture time of the damage: 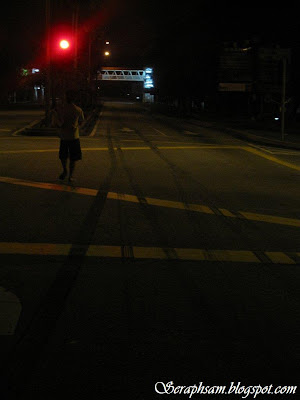 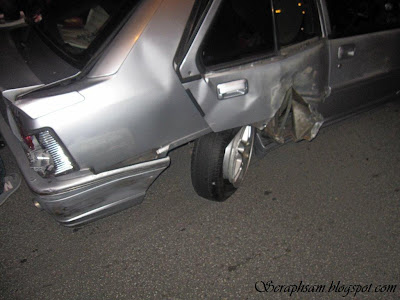 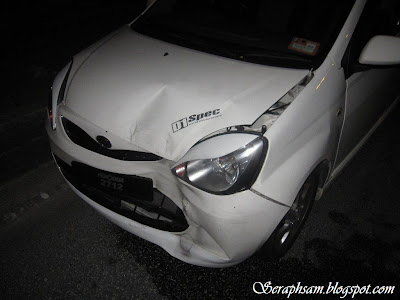 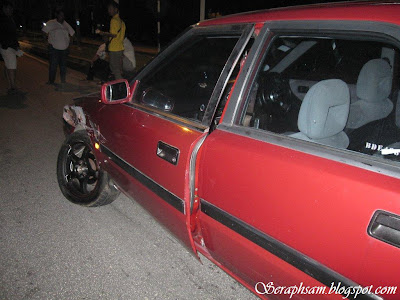 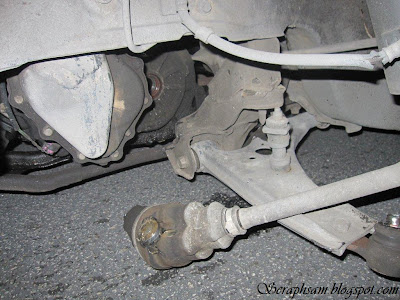 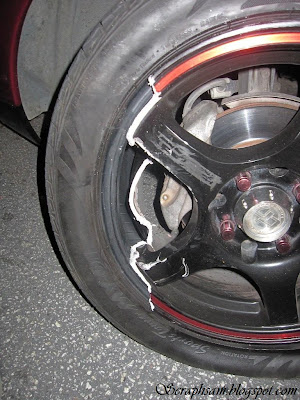 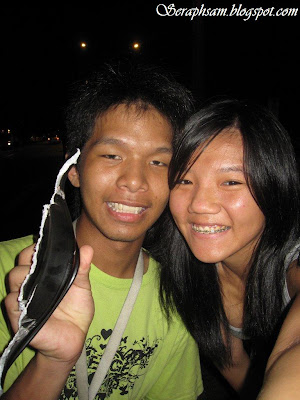 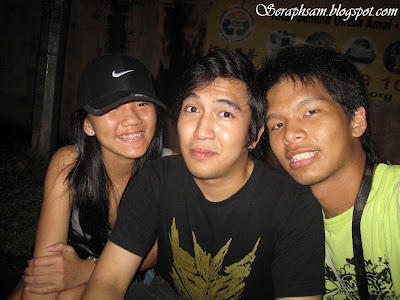 Yunsin, Josh & I
so the result is:
Old uncle pays for all the damage
Josh is car-less for 6 weeks
-outz-
accident joshua

Nikel Khor said…
it too bad to hear it...

Samuel C said…
Shuwen: LOL he was desperate and he didn't wanna be blamed

Kenwooi: he was not willing...but since the police saman him...he has no choice

Nicole: cos all tensed up...must smile a bit la =D hahaaa...loosen ourselves

Kelvin: haha it was funny as the uncle keep on trying to defend himself when he was in the wrong XD