on February 25, 2010
As for the last post on Angkor Wat
this are the two last temples I've visited
that i find its worth writing about
i forgot the names also though =S
So for the 1st temple
This is the one of the highest temple in Angkor Wat
and its stairs is steep as hell
you would literally have to crawl up as it is freaking steep
it was worth the climb and foooh it was damn high when i reached the top 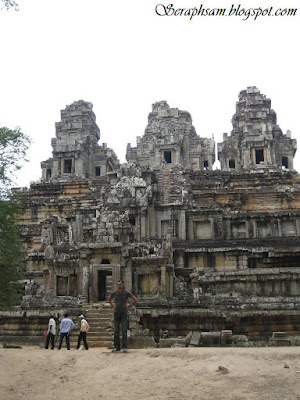 one of the highest temples 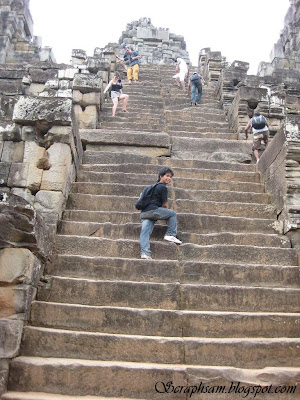 this is only 1/3 of the stairs over there
so anyways thats all for that temple
and the last temple
is the most remarkable temple
that I've seen in my life
if you watched the movie Tomb Raider..
The movie is actually footed over here with
better effects and of course everything else =)
This temple is really awesome as
It shows that mother nature takes over anything in time
As plenty of trees grew all over the temple
so i'll just show the photos to make you go in AWE with this temple 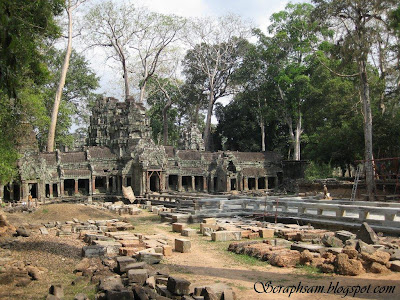 the temple from the outside 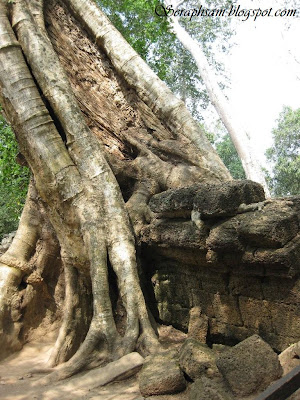 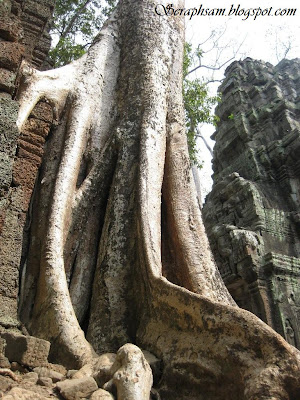 imagine the size of the tree 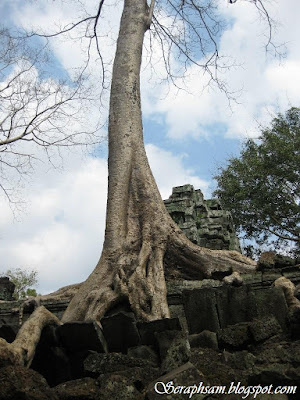 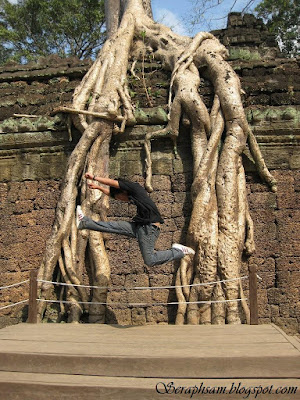 jumpshot with the roots 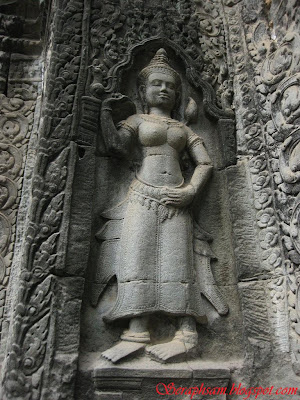 A female dancer carving on the wall 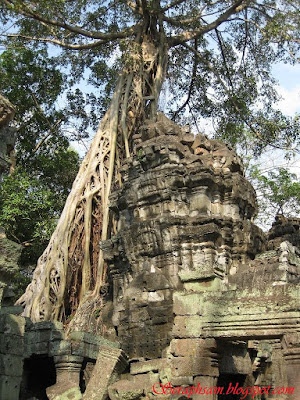 The most "ganas" tree at Angkor Wat 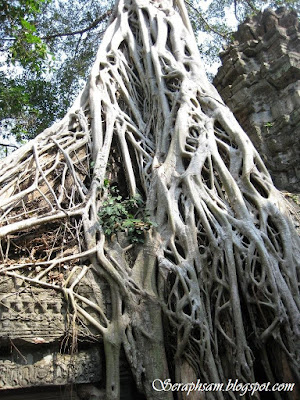 look at its roots
and as to finish up the post on Angkor Wat: 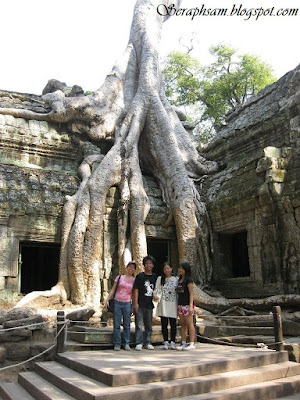 a family picture =)
so the next post will be about Tonle Sap or something
stay tuned! =)
-outz-
cambodia siem reap vacation

I AM A BLOGGER said…
haha, i been thre tooo!!!!~~~
the tall temple was Ta Keo, rite? it was so tall! Last year I went thre, I climbed it with my sprained leg~~