on January 19, 2010
13th January 2010 marks an important date in the
history of Astro as some of us bloggers were the first to witness the 1st
Malaysian High Definition Television Commercial for Astro B.yond
at the Astro B.yond Bloggers Night
held at Modesto's, Desa Sri Hartamas
Astro B.yond is the latest package from Astro which enables
5 selected channels to be viewed in High Definition (HD)
and the channels will become Astro SuperSport HD,
HBO HD, National Geographic Channel HD,
History Channel HD & ESPN HD
This will enable the viewers of the channels to experience richer colours, picture-perfect clarity and cinematic surround sound. And coming side by side with it, a new and improved Electronic Programming Guide (EPG) designed for better viewer interface will be introduce
so as for the event, it started at 7.30pm at Modesto's
and it was an awesome place with awesome music to go along with the event.
with bloggers and press pilling in the place...
there was easily about 100-200 people in Modesto's
So as i and Xiang entered the place
we were greeted by friendly and awesome nuffies
that gave us goodie bags and let us sign the Astro B.yond Board
so heres a few pictures: 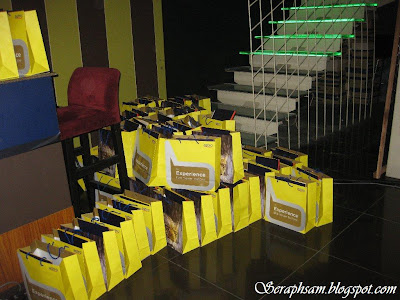 Goodie Bags prepared for us 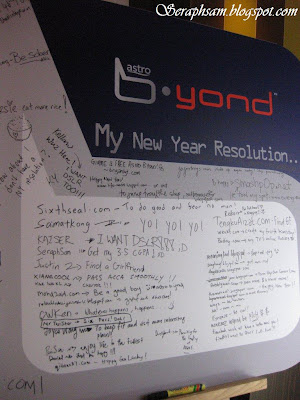 Everyone scribbling their new year resolutions on the board 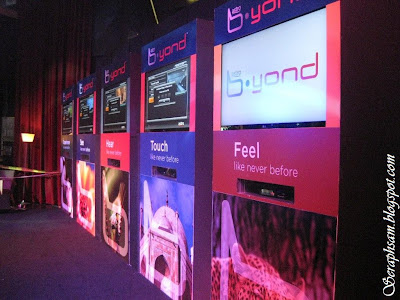 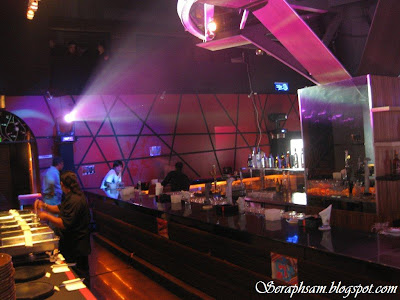 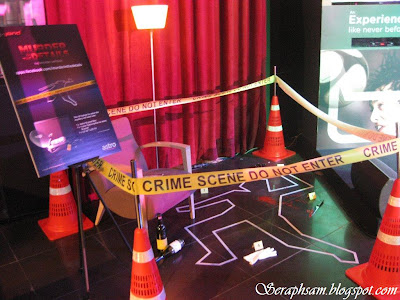 A crime scene designed for us 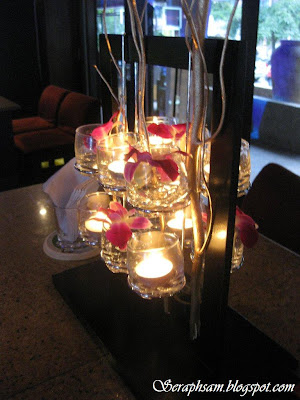 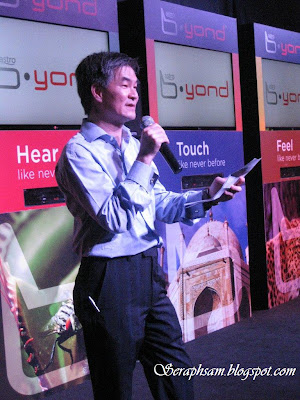 Astro COO Mr Henry
and he explained on what Astro B.yond is all about
so as for the 5 main features of Astro b.yond,
it is: 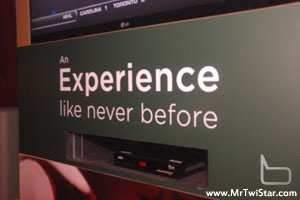 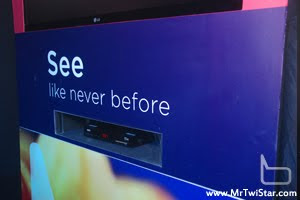 To See like never before:
Astro B.yond will have Crisp and Crystal Clear images, Broadcasting at 720p and 1080i, Astro B.yond offers at least twice the resolution and 5 times greater detail, sharpness and clarity. and also with Astro B.yond , you'll get lifelike images with greater true to life colours. 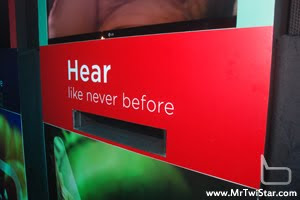 To hear like never before
Astro B.yond will have cinematic surround sound system by
Dolby Digital Technology. You're able to Watch your favourite shows
on Astro B.yond with Dolby Digital technology, recreating the multi-dimensionalwaudio experience you get in the cinema, right in your living room. 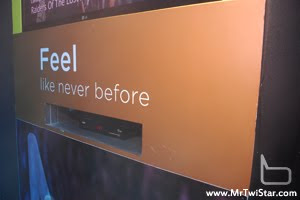 To Feel like never before
Astro B.yond provides a spectacular widescreen
viewing which is an adventure for the senses
Astro B.yond broadcasts images in a 16:9 aspect ratio, which allows
you to enjoy panoramic widescreen viewing that most closely
emulates the human field of vision.
and last but not least: 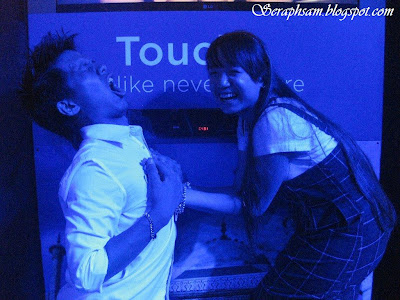 To touch like never before!
alright i know the picture seems crazy lol!
but anyways:
Touch like never before is a user friendly navigation
coming together with Astro B.yond
which Incorporates new features eg. 7 days’ programme guide
, for amazing & one-touch convenience.
so after the explanations by the COO of Astro
The new advertisement of Astro B.yond was played not once but twice!
for us bloggers to see the awesomeness of Astro Byond
part of the Astro B.yond advertisement
so moving on
Dinner was served after the advertisement
and the bloggers and media were able to eat to their hearts content
and during dinner, there was a percussion performance to entertain us
and it was superb! 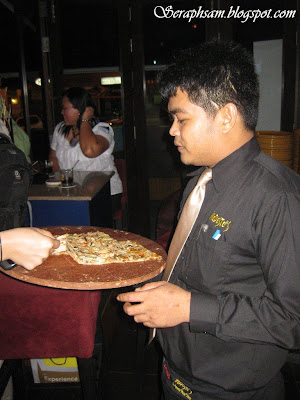 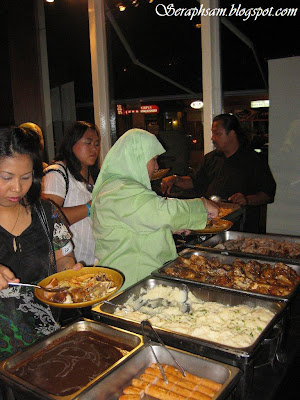 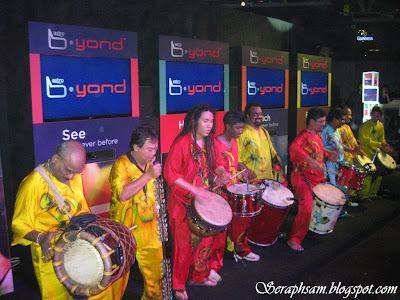 performance by the percussian group
so as the night went on
i was able to meet up with other bloggers
and also to meet new faces that i've never seen before!
and it went on with a whole series of camwhoring! 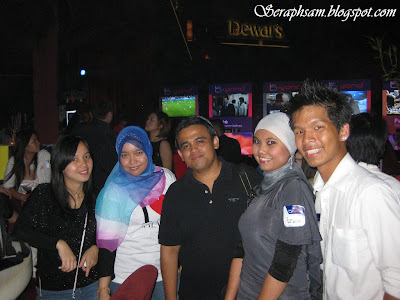 The new bloggers i know
Alice, Rabiatul, Zaid, Zaila & I 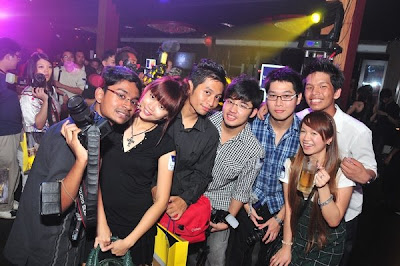 Suresh, Hitomi, feeq, Xiang, Justin, Wen Pink & I
and this is rare sight as
finally for the 1st time 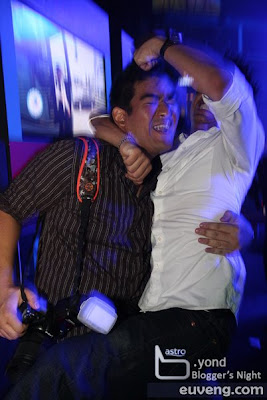 i managed to bully shaz! LOL
he is the DJ/Tea Coffee Maker/Janitor of X-Fresh FM
*so he claims*
so moving on for the finale of the night
if you were wondering what the Crime Scene Investigation picture up there was
it is actually an ACTUAL CRIME SCENE set up for us to play the game
This game is based on a facebook game created by astro
and astro will also sellect 10 winners from this facebook game
to win an LG 32" HD TV & a year subscription to Astro Byond!
so if you wanna play this game
head over to:
www.facebook.com/Astro 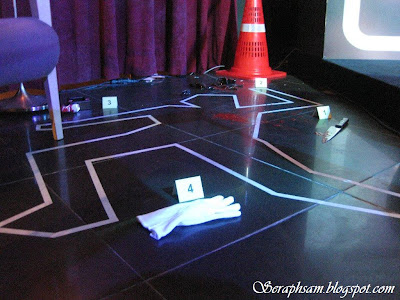 As you can see..It looks like a murder that happened
and we were supposed to find the murderer that is on the loose over there
we split up into groups of 5's
and were given a magnifying glass per group
to find clues all over Modesto's
as there were very tiny words written on pieces of laminated papers
located all around the Modesto's
And the tiny words will soon lead to the murderer!
And after the murderer has been found by the winning team
the team will compete against each other with a series of Q & A session
and the winner will walk away with:
A Brand New LG 32" LG HDTV
An Astro B.yond Set
and a free subscription for a year! 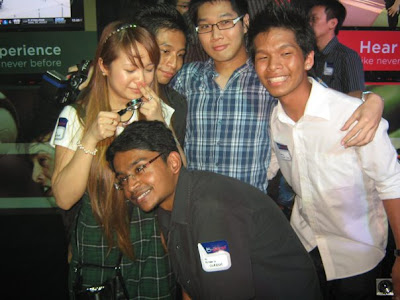 My Team which comprises of
Wen Pink, Suresh, Feeq, Justin & Me 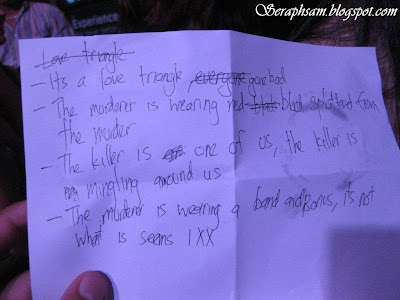 The Clues we found around the restaurant
and so after about 20-30 minutes of figuring out the murderer
Shaolin Tiger's group found the murderer which led them to the series of Q & A's
and after the Q & A session
the winner was none other than: 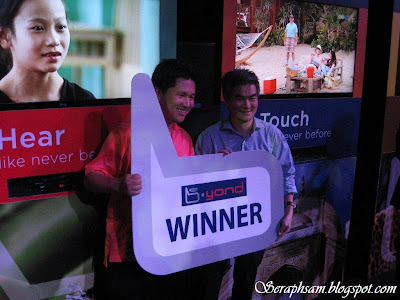 Eric Yong!
who walked away with the grand prize!
and the Nuffies demonstrated on how the murder happened LOL
so as the night came to an end
we took our last group shot 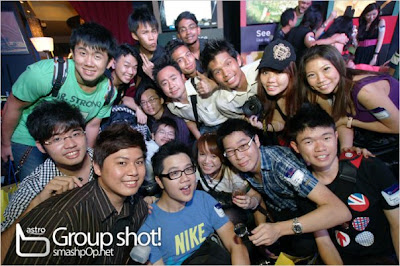 Group shot by Jason aka Smashpop
it was an awesome event
and there is the last contest for the bloggers who went for this event
as the 2 best bloggers who blogged on this event
will also walk away with a
32" LG HDTV & a year of free subscription to Astro B.yond!
May the best blogger get it!
-outz-
astro b.yond event nuffnang

KwOnG FeI said…
hey thanks for making a formal introduction..
as i was anti social that night, i didnt really talk much to you..
sorry for that..
and great to meet you..
perhaps we shall see each other in another event..
January 20, 2010 at 5:53 PM

Nikel Khor said…
i here u from AStro...hope u can win one

Stephen: its courtesy of Jason =)

Yihan: yeah me too XD play the fb game =)

Kwong Fei: dont worry i was a bit spaced out that day too...yeah the next event =) hehe