on December 30, 2009
so as for my road trip i was talking about in the few previous post
I'm finally back to blog about it!
i wont write in sequence as
THERE IS TOO MUCH TO BLOG ABOUT!
so anyways this is my 3rd destination on my road trip
which is Penang!
as this is a simultaneous post with another 2 bloggers!
Me and Xiang headed to Penang
for a day trip
as some people ffk-ed
hence our accommodation is gone! LOL
so as for our 1st stop:
It is Queensbay mall
where we had our lunch, a little shopping and some photoshoot takes
The photoshoot pics over here will be posted much later =)
so anyways for the other pics: 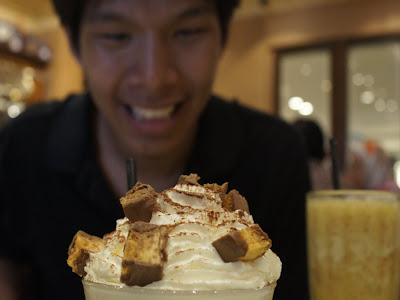 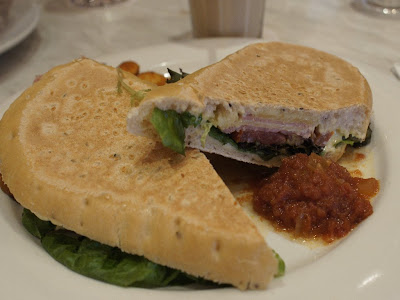 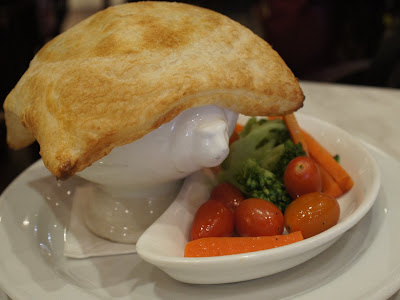 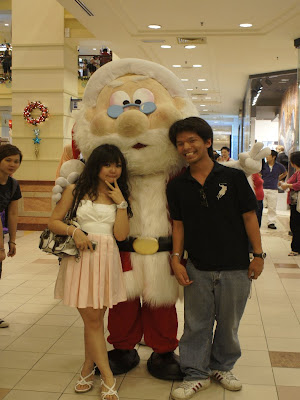 Jolyn!
so as we were in Gurney Plaza
we enjoyed one of the funniest things
that brought back childhood memories!
which is: 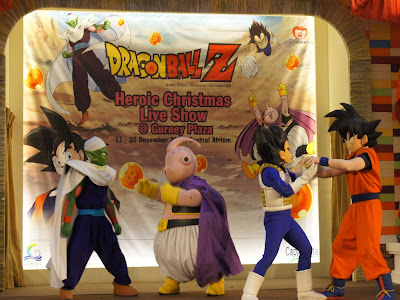 a Dragon Ball Z Performance!!
so as for the time we spent with Jolyn at Gurney Plaza
we just took a few Christmas shoots
at the Christmas tree outside Gurney Plaza=) 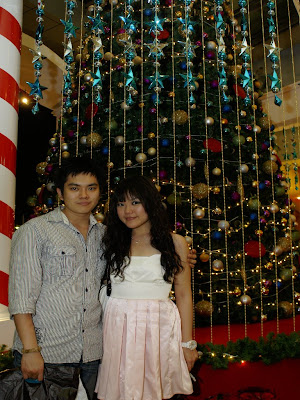 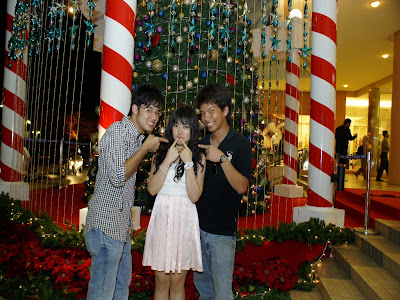 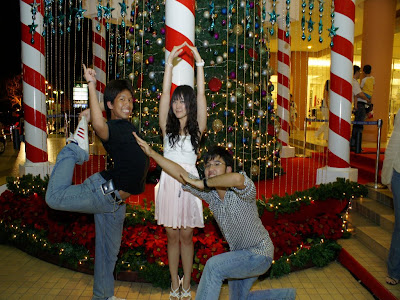 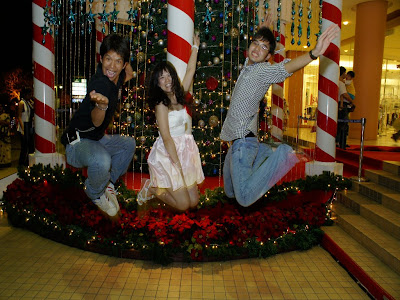 and lastly our Jump shot!
so as it was already quite late
Me and Xiang headed on to Hard Rock Cafe
which is our main reason of coming to Penang
as there is good food and good music
and is widely recommended by everyone
so here it is: 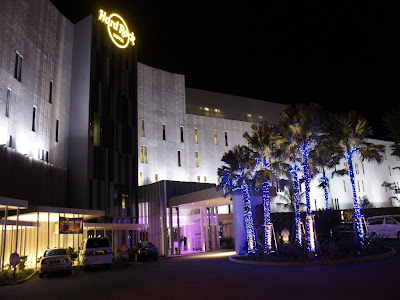 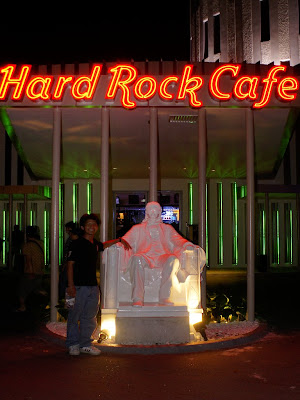 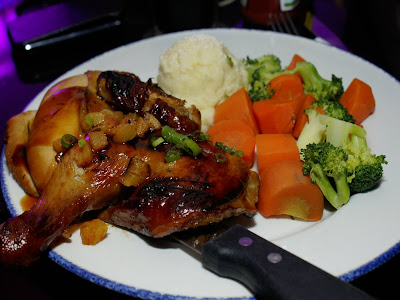 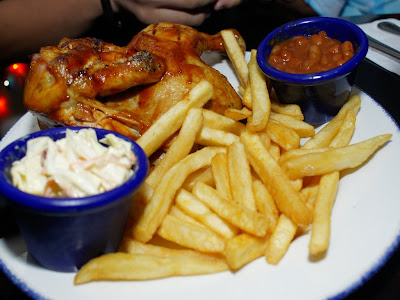 my barbecued half chicken 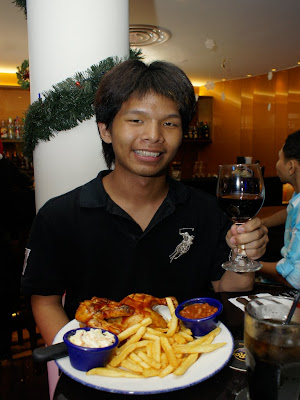 whats more to ask then a glass of wine with great food? 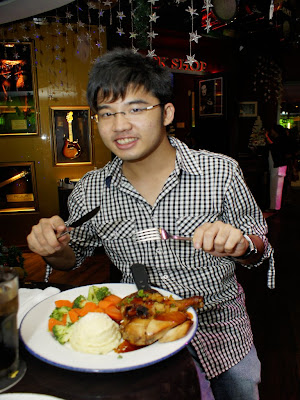 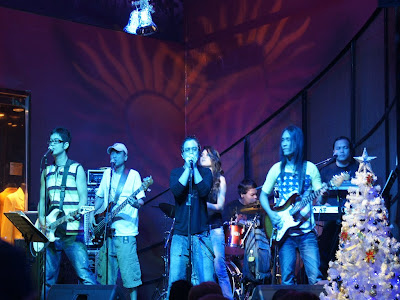 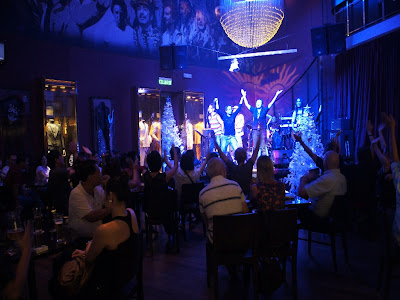 everyone dancing to YMCA 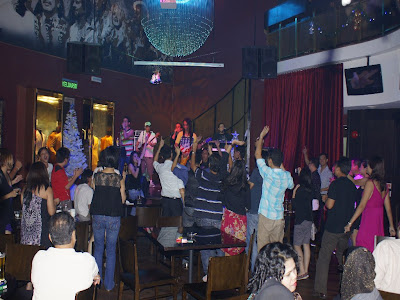 The peeps running to the floor! 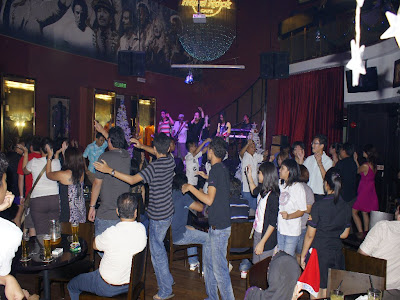 The Crowd doing a train 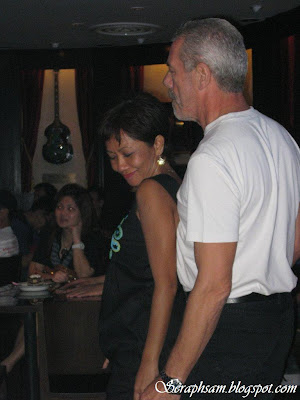 even the elderly can dance!
so this ends my Penang post on Hard rock cafe and Lilmejo!
Picture Credits to Xiang
-outz-
lilmejo penang photoshoot trip vacation

JOLYN GOH said…
Wooi... thx alot ^^" I got Wondergirls virus ady!! Even my sis got their song stuck in her head.. Oish.. LOL

TianChad田七摄影 said…
Seems like the vertical photo in this blog post are being widen and it makes you guys looks fatter than actual ;p
January 2, 2010 at 9:40 AM

Jolyn: LOL yeah wondergirls babeh! i want nobody nobody but you~~