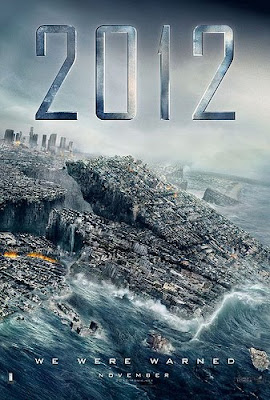 The movie 2012 is finally released in cinemas

So I headed over to 1 utama with Jessica, Jaclyn & Eric

To watch this movie

And all I would say it is FREAKING AWESOME!

I would totally rate this on par with Transformers!

The excitement didn’t start from the movie itself!

It started BEFORE the movie

Was advertised on the screen

The most awesome part is:

As the audience started Singing & Cheering

Standing up and clapping their hands to the advertisement 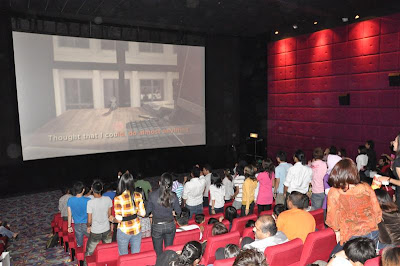 Starting of the add 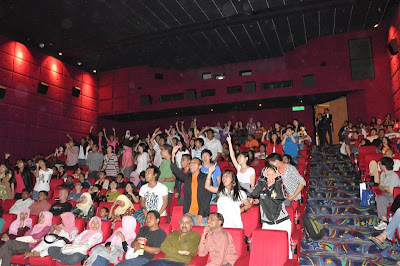 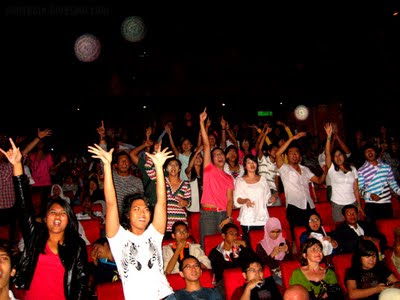 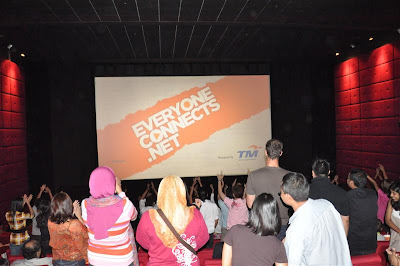 I mean tell me

Since when do ppl even pay attention to advertisements in the cinema?

This is like my 1st ever experience where everyone starts singing in the cinema!

And it was just so awesome!

2012 premiere through my window tm

Samuel C said…
Joyce: yeah i guess we will c that in the future =)

Manda: lol next time all of us bloggers start jumping around and sing la =D teehee
Mr.J : yeah truly malaysia! =)

After reading through your post, i realized you have a few exact photos like the one i took except that it doesnt have my watermark there. And the pics are the one i took at TGV KLCC and not 1U. Can you please tell me where you got ur pics?
November 21, 2009 at 10:49 PM

i didn't even know who's pictures were this as it was given by Jacklyn & Eric without any names.

This is because at GSC didn't allow the TM staff to jump up and down..hence there was nothing going on in GSC 1utama

so in order for us to blog, Jacklyn sent us this pictures and i assumed it was Kate's pictures as i saw some of em in her website. So i just said photo credits to Kate.

I shall add your name into the credits in my blog

It's not my intention whatsoever to spoil your name. And its not my intention that i want to be 'credited' and hence, i posted up that post. It's just as i had said i was also confused as to whats going on and it's the shock of seeing the pictures that prompted me to write that post. i had kinda guessed the pics must had been passed to you but onli after i posted up the post.

simon: lol i'm photoshop illiterate and u expect me to take out watermarks LOL!!! somebody else passed me the pics
November 22, 2009 at 6:44 PM

Anonymous said…
Hiya, my name is Kok Ern, i am not siding anyone,just here to suggest a little.if you already found out who is the owner of those pictures, you shouldn't add another person's name there.Its either you delete them or you put the full name of the owner...hope you get what i meant.No heart feeling k,smile:)
November 23, 2009 at 12:23 AM

Samuel C said…
Kok Ern: I can't delete this post as this is part of my blogging tasks.